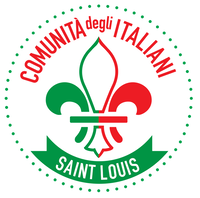 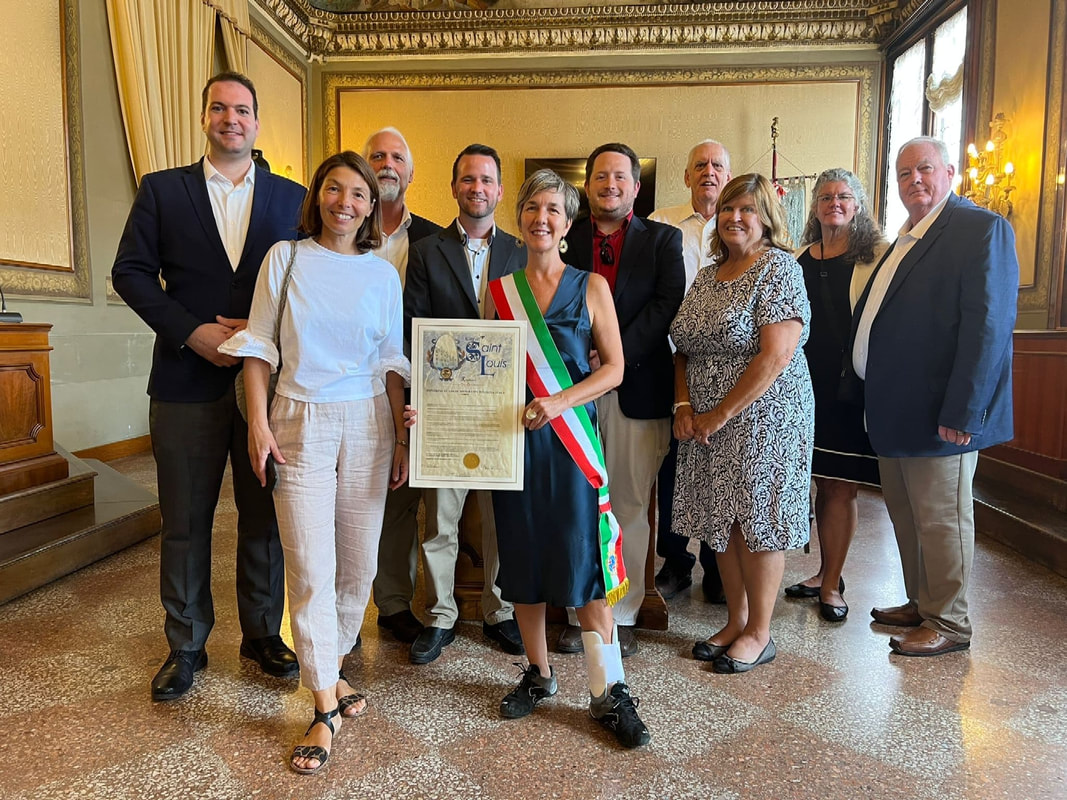 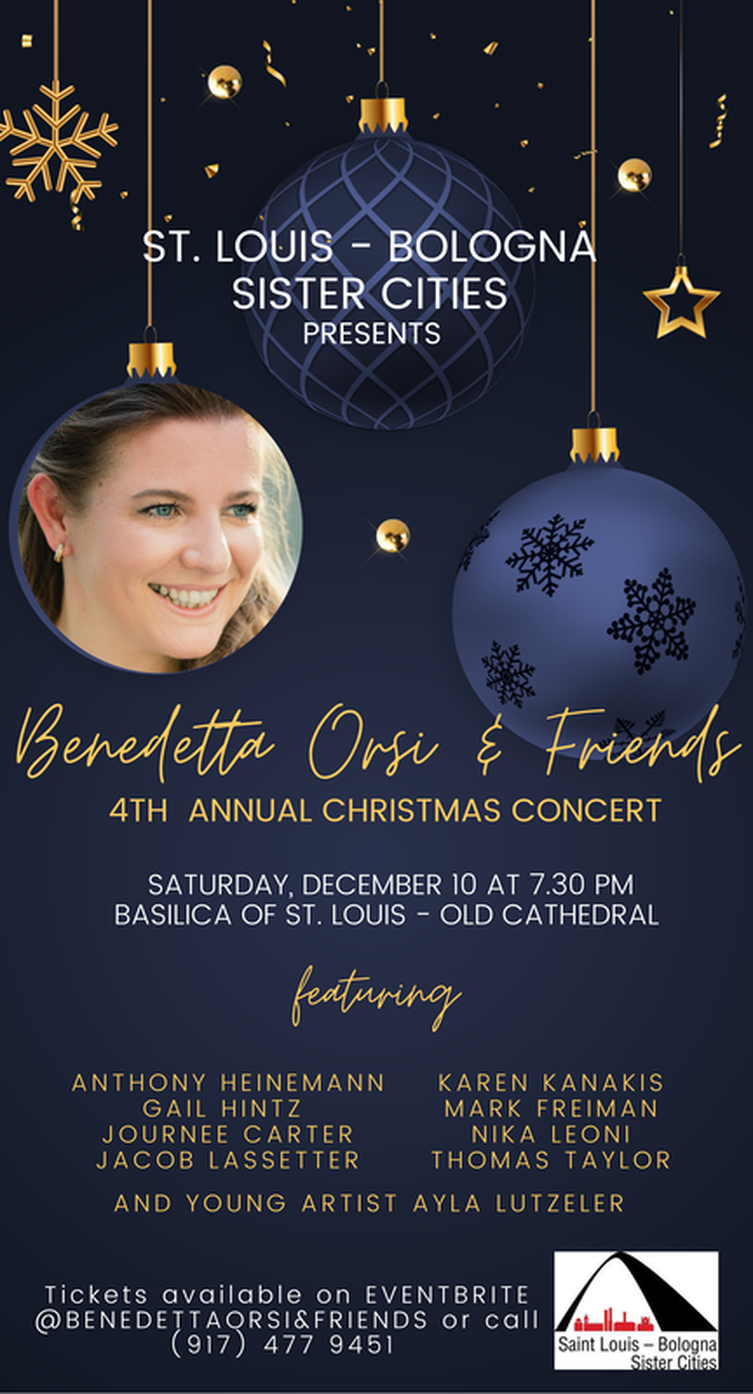 In October 2017, after over a decade of inactivity, Michael J Cross re-founded the St Louis – Bologna Sister Cities organization with the following members of the Italian community in St Louis: Franco Giannotti, Giovanna Leopardi, Francesca Giacomozzi, Benedetta Orsi, and Elizabeth Bernhardt, PhD. A board of directors was formed and, once again, relations between St. Louis and Bologna were reignited.
​
The Sister Cities' main event of the year is the annual St Louis Italian Christmas Concert which takes place each year at the beginning of the holiday season. Since 2018 the concert has starred Bologna native and internationally acclaimed mezzo-soprano, Benedetta Orsi and musicians from the St Louis Symphony Orchestra. Each year in August, the organization participates in the International Institute's Festival of Nations with an arts and crafts booth. Over 200 children participate in the cultural activities at the Festival booth each year. Among the goals set for 2022 is to establish deeper economic ties between the cities of St Louis and Bologna, as well as the entire region of Emilia-Romagna, particularly in the areas of agricultural technology, food production, and agri-science related fields. A formal delegation from St Louis to Bologna is scheduled for September 2022 to celebrate our 35th anniversary. A celebration will also take place in St Louis in October 2022. The Sister Cities also participates in the Italian community's annual Carnevale and Ferragosto celebrations in St Louis as well as various activities of Sister Cities International and the World Trade Center - St Louis.

The Sister Cities is partially funded by the World Trade Center - St Louis and is proud to have the official support of the St Louis Economic Development Partnership, the St Louis Mosaic Project, the City of St Louis, St Louis County, the City of Bologna, and the Consulate General of Italy in Chicago.

The St Louis - Bologna Sister Cities is part of the St. Louis Sister Cities Program of the World Trade Center - St. Louis and is fully supported by the City of St Louis and Saint Louis County governments and sanctioned by Sister Cities International (www.sister-cities.org). For more information on activities, initiatives, and events, reach out to us.